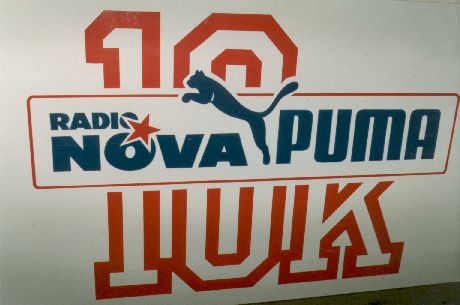 A big board inside the studios advertising the Puma 10k race. 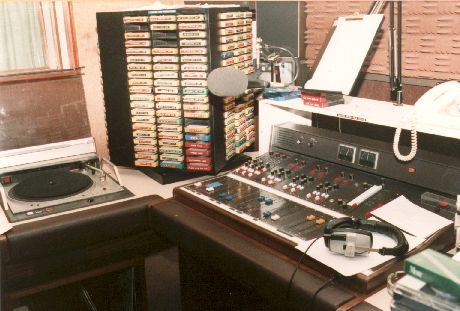 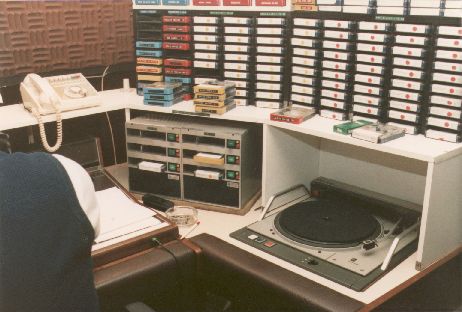 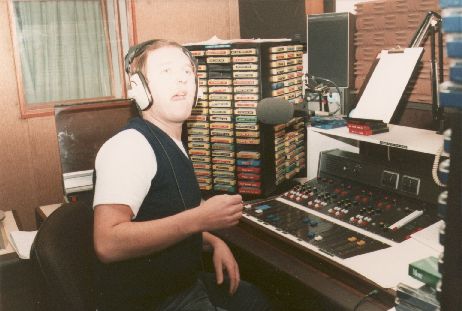 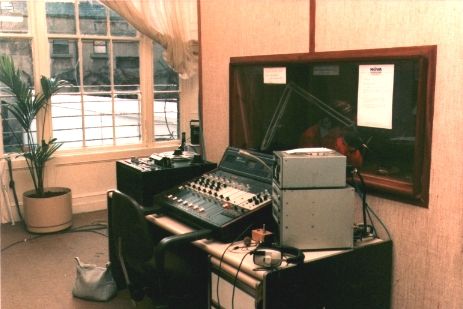 The news booth at Radio Nova.
This was situated on the ground floor of 19 Herbert Street. 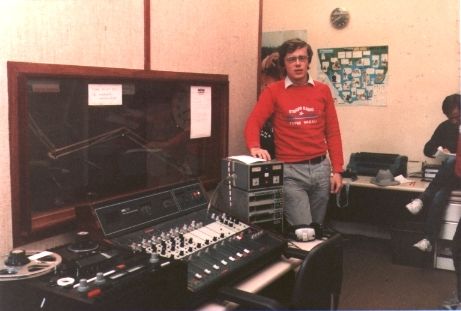 The News booth and mixer with news reader David Malone looking on. 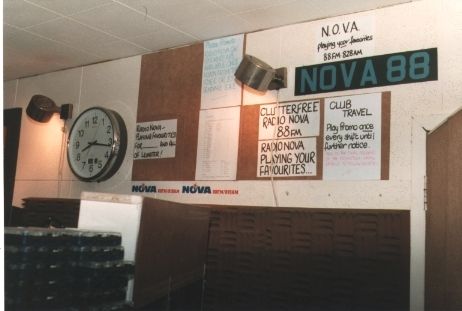 The wall of the Radio Nova studio with several of the phrases used on the station. 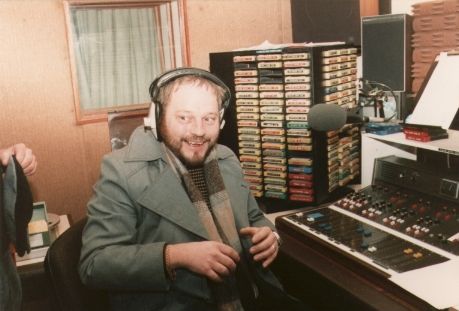 Peter Madison sneaks into the Nova studio for a quick 'anorak' photograph!