Click here for photographs of the studio and transmitter when the station was on 1125kHz. 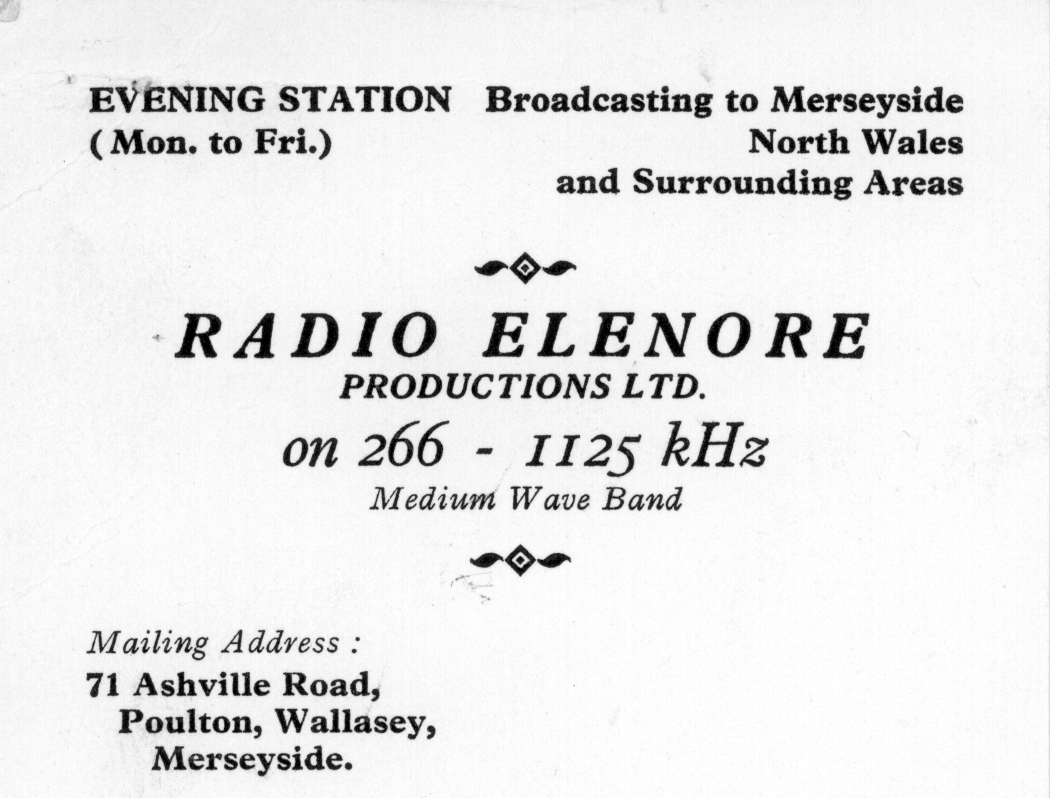 Above and below  are items of station memorabilia from the 1125kHz days.
For more details of the station and deejays,  have a look at the two station information sheets.