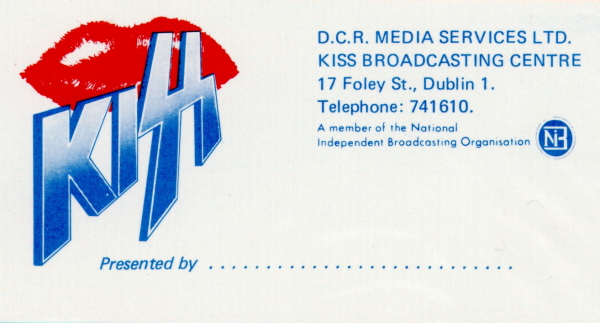 Two early advertisement from the Sunday World. We are not sure of the date
of the one on the left promoting just 105MHz, but the right is from 12th October 1985
which changed to promoting two FM frequencies of 104.1MHz and 98.4MHz,
as well as medium wave 1116kHz.
(98.4MHz is possibly a mistake on the advert and should maybe have read 94.8MHz.)
In mid October 1985 the station was monitored on 95.3MHz and 104.2MHz.

Below is what we think is an early flyer from 1985 promoting 95FM and 105FM
and right, an advertising contract which includes the rates at the time.
(Click on images for higher resolution.)

A nice letter received by Ian in April 1986 with some technical information on KISS Radio, and
which also suggested that they used to be called Dublin Community Radio. 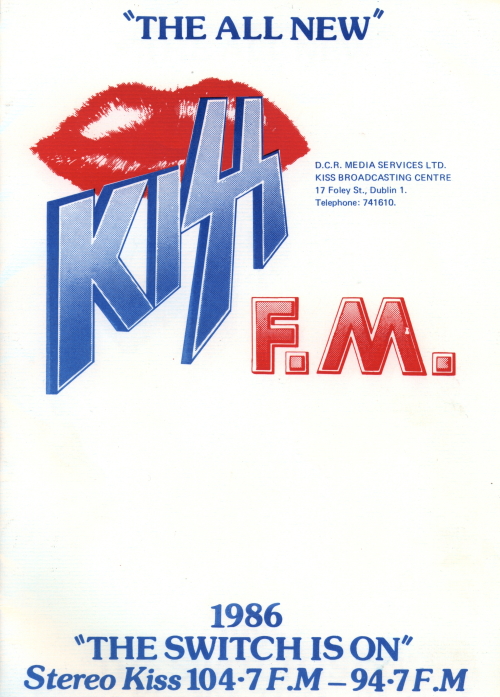 Three of the newspaper articles reporting the raid on KISS on Friday 3rd October 1986.
Irish Press, Irish Times and Irish Independent respectively and all from Saturday 4th October 1986.